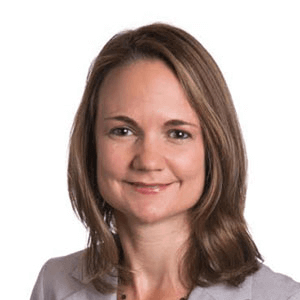 Mimi joined the firm in 2003 and is a partner in the Denver office. In 2016 Mimi was named Chief Operating Officer of Ritsema Law. Her practice focuses on defense of employers and insurance carriers in workers’ compensation claims in Colorado. Additionally, Ms. Metzger defends employers in some areas of general employment law that arise in conjunction with the filing of a workers’ compensation claim.

Above all else, Mimi values her ongoing client relationships and a teamwork approach to resolving claim disputes. Mimi has extensive litigation experience handling defense of complex workers’ compensation claims. She is committed to the firm’s core values of outstanding professionalism, client responsiveness, and a results-driven litigation practice.

Mimi is a California native and received her bachelor’s degree in Philosophy from the University of California at San Diego. She obtained her law degree in 2001 from Northwestern School of Law of Lewis and Clark College in Portland, Oregon. While in Oregon, Mimi strengthened her litigation skills through her work at the Oregon State Public Defender’s office. After graduating from Lewis and Clark, she moved to Colorado and was admitted to the bar in 2001. Mimi began defending employers and carriers in Colorado workers’ compensation claims in 2001 and has continued her focus on this practice area ever since. She is a member of the Colorado Bar and Denver Bar Associations. She was selected as a Rising Star from 2010 to 2013 by Colorado Super Lawyers, named a Top Lawyer by 5280 Magazine in 2019, 2020, and 2021, and listed as a Best Lawyer in Workers’ Compensation Defense by U.S. News in 2019, 2020, and 2021.